I’ve said for years that the quickest ROI from media exposure comes after you’re a guest on a podcast, generally speaking.

Personally, I can track tens of thousands of dollars in revenue from leads that found me after I was a guest on Smart Passive Income, Boss Babe, and the app Penny.

But it’s not just me having success.

Business owners across the world are seeing first hand the benefits of building a personal brand by being interviewed on popular podcasts.

Here are four guest podcasting success stories that go into detail about their topic of conversation on the podcast and what happened afterward.

It’s Been Two Years And She Is Still Getting Leads

Stacy Caprio from Her.CEO experienced growth after being interviewed on Nick Loper’s Side Hustle Nation.

On the episode, she talked about her journey toward financial independence through website investing.

After the episode when live, hundreds of his listeners visited her website, signed up for her website

investing waitlist, and reached out to her via email and other methods to guest post and to work with her in any way they could.

For days, Stacy received a steady stream of traffic.

Two years later, she still gets weekly emails from his listeners.

Kyle Elliott was a guest on Career UpRising with Lorraine Rise.

Elliott loves the experience of being a guest on podcasts because it allows him to share his story with an audience that would not typically hear his story and message.

He has landed clients as a result of being on various podcasts.

Most often, podcast listeners reach out and inquire about his services as a result of hearing me on an episode.

He has also had podcast hosts refer him new clients. 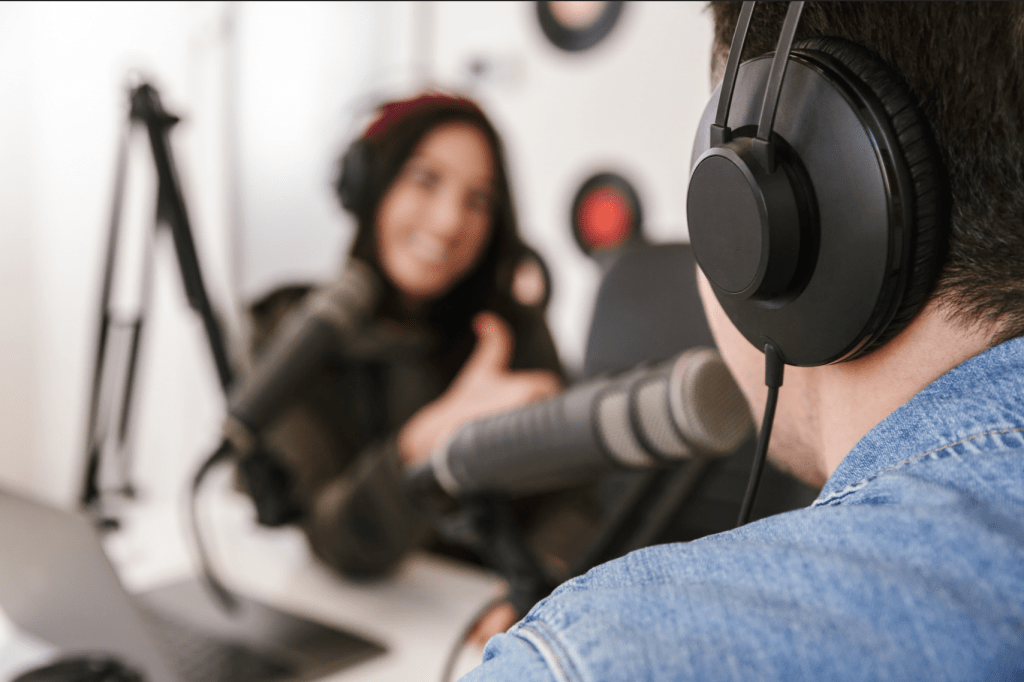 Podcasts Are Better Than Forbes

While Forbes was great exposure for Katrina McGhee, it wasn’t necessarily targeting the right audience and people who were most interested in what she had to share.

“But the best part of that experience was landing several ideal clients (who were amazing to work with!) who were interested in pursuing their own travel dreams and signed up for a 3-month package of coaching with me to make it happen.”

In this episode, McGhee shared her own story of leaving a safe corporate job with a Fortune 500 company to travel around the world on a 20-month career break.

She also explained how she returned from that experience a better version of herself and landed five job offers in just five weeks.

While the increased views happened right away, the clients didn’t start reaching out until 3 months after the episode aired.

The engagement and connection continued on for several months from there.

Iain Miller from Sea Stack Climber appeared on a podcast which was listened to by a Redbull content creator while he was researching for an article.

This article, was the ultimate result of appearing on the podcast.

The topic of conversation in the podcast was the logistical and psychological planning and conditioning required to free solo remote sea stacks in Ireland.

It was very specific and covered topics never before recorded online about an activity that very few people participate in.

About three months later, he received an email from the content creator regarding a few facts about climbing Dun Briste sea Stack in Ireland.

Over the course of an email conversation, the podcast was referenced as one of the key points the creator used to validate his authority on the subject he was writing an article about.