How to Make Money Podcasting

On the Become a Media Maven podcast, Pat Flynn talked to host Christina Nicholson about how he made podcasting a full-time career. 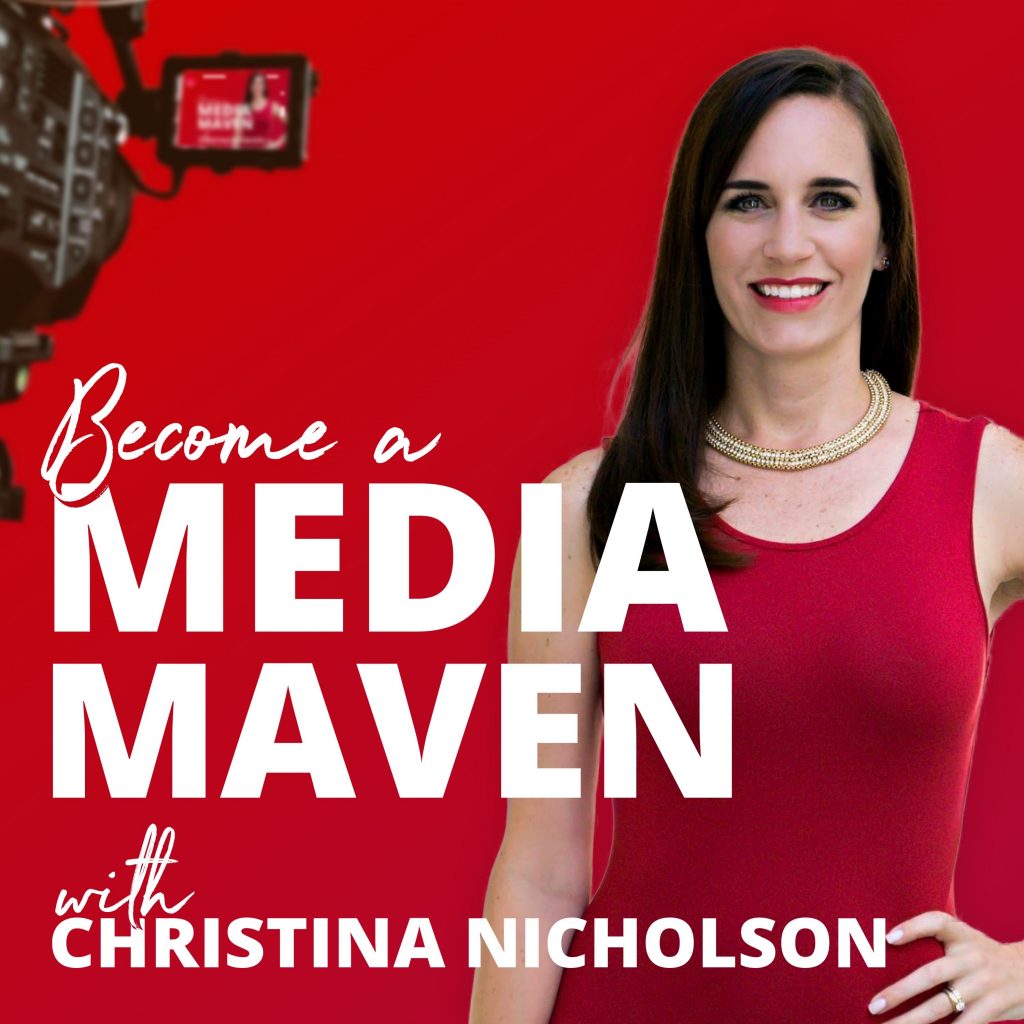 Pat Flynn is the host of the Smart Passive Income podcast. It’s a very popular podcast with entrepreneurs and business owners of all sizes.

Pat’s blog was started in 2008. Then in 2009, he started a YouTube channel that had tutorials to show people how to do some things that were more easily done with visuals.

In July 2010, he published his first episode of the Smart Passive Income podcast.

Having a Podcast and Being a Guest on a Podcast

“I can’t listen to that first episode anymore because it was just so bad,” Pat said. “I’m thankful I did it because now, 300+ episodes, plus a thousand episodes on other podcasts combined later, it has definitely become the primary way that people discover me and that my information gets shared. More than that, it’s the primary method that I built a relationship with my audience.”

Podcasting is also a great way to collaborate and communicate and build a relationship with other influencers in the space.

CLICK HERE TO LEARN HOW TO START YOUR OWN PODCAST.

Having a podcast and being a guest on other podcasts give you an amazing asset to leverage to invite people on and have a conversation with them.

“A lot of my best friends now are a result of having them featured on my podcast or me featured on theirs. It’s just an amazing tool that has been really helpful,” Pat said. “That’s why I’m all in on podcasting, and even though I still do YouTube and I still blog… if you were to force me to just choose one, it would be podcasting for sure.”

What is it about podcasts that draws a bigger audience?

There’s blogging, having a YouTube channel, a podcast, and so many other options.

According to Pat, podcasting has a lot of benefits for several different reasons:

1. People consume podcasts for much longer.

2. You’re able to build a deeper relationship with your listeners.

People begin to build a habit of listening to your show because it’s so much easier to listen to a podcast than it is to watch videos.

For instance, when a person is on a commute, on a walk, or at the gym, you’re able to get in front of people and places that they wouldn’t normally be able to consume your content if they’re just watching videos or reading your blog posts.

3. You have the ability to connect with other influencers, who then will mention your podcasts because there’s a lot of cross-promotion in the podcasting space… and it helps the algorithm.

This is Pat’s story about how his podcast first took off and started gaining popularity and more followers. Hint: It started with him being a guest on a podcast.

“I remember specifically being featured on a Yaro Starak podcast The Entrepreneur’s Journey. When Yaro heard my story, he invited me on his show,” Pat said. “His podcast had already been in existence for a while and he had several thousand subscribers, so when he featured me, I’m telling my story and I mentioned that I also had a podcast.”

Those listeners were already listening to that podcast so it’s very simple for them to go and find Pat’s on that platform and subscribe. Now, Apple will see people who listen to this also listen to that.

Pat gets some cross-promotion in that way too, when he can connect with these other people, but that was the first one that really put him on the map and he started to notice really large spikes in his podcast downloads as a result of getting featured on another person’s podcast.

“So I went, ‘Okay, I want to share my story on another person’s podcast, what can I do?’ Then, I was featured on Darren Rouse’s podcast over at ProBlogger and that one was even an even bigger spike,” Pat said. “He had hundreds of thousands of subscribers there and that exposure combined with people now listening to me and hearing about my message for much longer all added up to growth because, in addition to the podcast itself, I’m now building a relationship, almost a friendship, with my audience.”

How to Make Money Podcasting

Having a podcast is a great segment of your business, but it also allows new opportunities to come into your life because of the connections you make or the audience you create.

Here are a few ways Pat has leveraged his Smart Passive Income podcast:

If you have a blog or business already, you’re probably doing affiliate marketing by recommending other people’s products and earning a commission as a result of that.

You may or may not be making a significant amount of money from that, but having a podcast increases the trust, know, and like factor – especially when you have the founders of these companies that you’re promoting on the show.

Having a podcast shows people you can hold a conversation on a platform like a stage.

A podcast is essentially a stage that you have. It’s just so much easier to work with because you don’t have to travel anywhere, but it definitely also helps with your confidence in your presentation style and communication.

There were many doors that opened for Pat after the success of his podcast, but his first speaking gig was thanks to Philip Taylor, or PPI Team Money as he’s known in the financial industry.

Back in 2011, he was invited to speak at his Financial Blogger Conference which had about 350 attendees. He was assigned to speak at a breakout session for about 50 people which he reluctantly said yes to.

He was so nervous that he did what he had done with the podcast, which was scripted out – every single word. It actually worked out really well and he was able to talk about his podcast on stage and even get more people to come to listen. That opened up even more opportunities.

Having a podcast allows you to have conversations with book publishers and/or agents.

4. Connects You With People in Hollywood

Podcasting is more closely aligned with TV, movies, and media, so you start to meet people in those similar industries.

Fun Fact: Pat was an extra in a movie (and got to check off the life-long goal of his). He also did some social media for an independent movie that was a result of a person discovering his podcast through iTunes.

5. Connects You With Influencers

Pat was able to meet major influencers like Tim Ferriss and Gary Vaynerchuk because of his show.

If you’re ready to build your brand by appearing as a guest on podcasts, Podcast Clout makes finding quality podcasts easier than ever before.